The Christian faithful leave their mark on parish documents 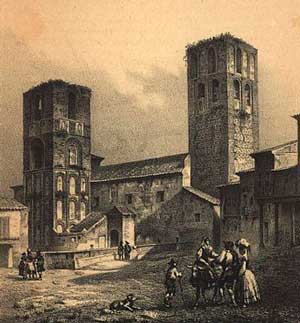 One of the most important sources for genealogical studies are the sacramental certificates of baptism, marriage and death.
Since when do these documents exist? We have to go back to the 16th century, to 1545. That year began the celebration of the Council of Trent, in which a reaffirmation of the sacraments was made. Its administration belonged to the Church’s ministers, who should leave a written record of the faithful who received the baptism or were married. In this way, a control of believer was established throughout their lives, from birth to death. For this reason, it was arranged in Session XXIV, dedicated to the sacrament of marriage, chapter 1: “may the parish  have a book in which writes the names of the parties and witnesses, the day and place where the marriage was contracted, and carefully keeps this book himself”. In chapter II reference is made to the baptism records: «The parish priest before approaching to confer baptism, may inform himself diligently of the people to whom he belongs, who he or she chooses to have the baptized person in the baptismal font; and only to this one, or to these he admits to have him, writing their names in the book”.

Although in Spain there were already records of the administration of the sacraments, as a provincial council held in Tarragona in 1360, provided that all parishes had sacramental records and in the Crown of Castile Cardinal Cisneros decreed in 1497 its obligatory nature and will be generalized with the Tridentine legislation.

Philip II orders to fulfil the precepts of Trento in all its kingdoms by the Real Cédula of July 12 of 1564. This disposition is perpetuated through the Law XIII of the Novísima Recopilación (Book 1, Title 1) that includes the execution and fulfilment, conservation and defence of what was ordained in the Holy Council of Trent.

Currently, the sacramental records are kept in the parish archives, but they can also be found in diocesan archives, by virtue of both the Canon Law Code of 1917 and the Regulations of the Spanish Ecclesiastical Archives of 1975, which established in article 4.3 the transfer of «parish archives and documentation more than one hundred years old», in the form established by the bishop.

Finally, returning to the interest of these documents for genealogical research, what data do they contain? In addition to the ones we have already listed for the marriage certificates, in the case of baptism, the names of the parents, including the office or where they were born, are included. Although in the 16th century only the first surname of the parents was used, from the end of the 17th century the use of the second, both paternal and maternal, became generalized. To a great extent, the additional data that appear in these documents depend on the will of the priest; thus, if he was meticulous, in the baptismal certificates, the names of the grandparents will also be included, or in those of death the cause of death may be mentioned. To know more, we recommend consulting: 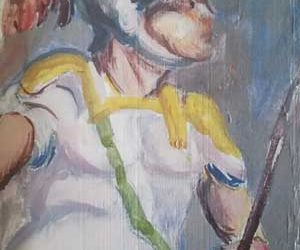 French officers in search of a king